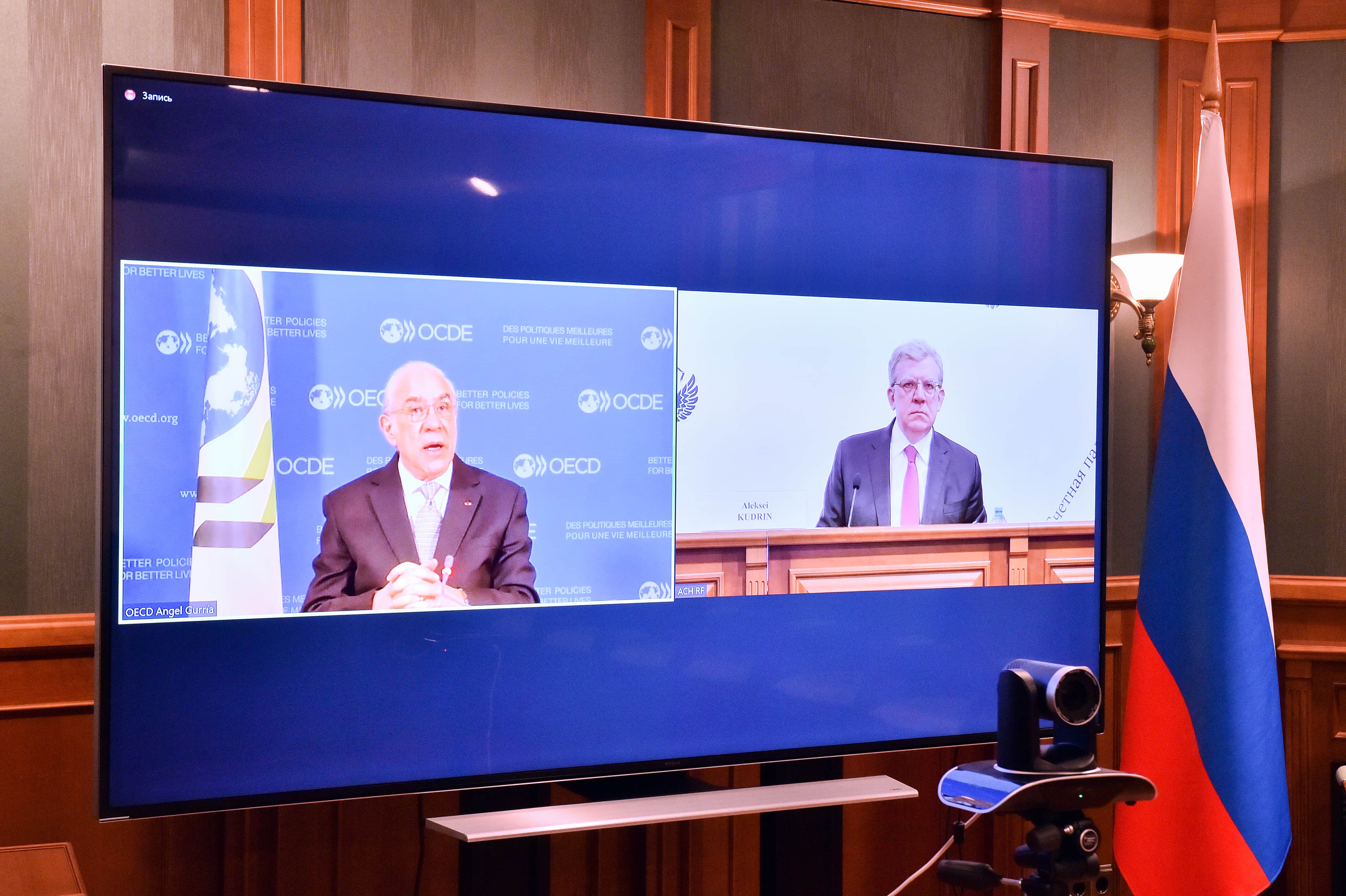 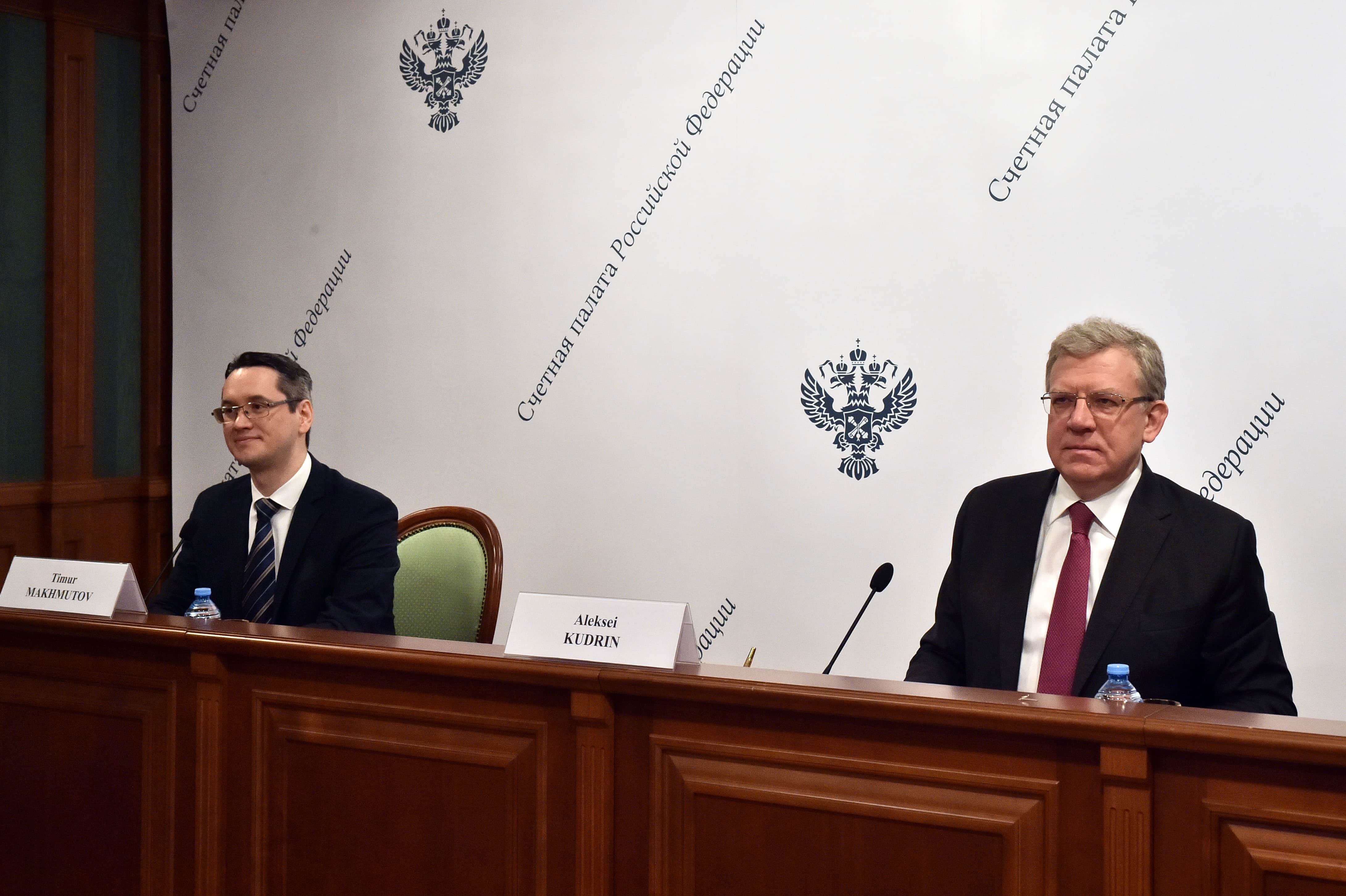 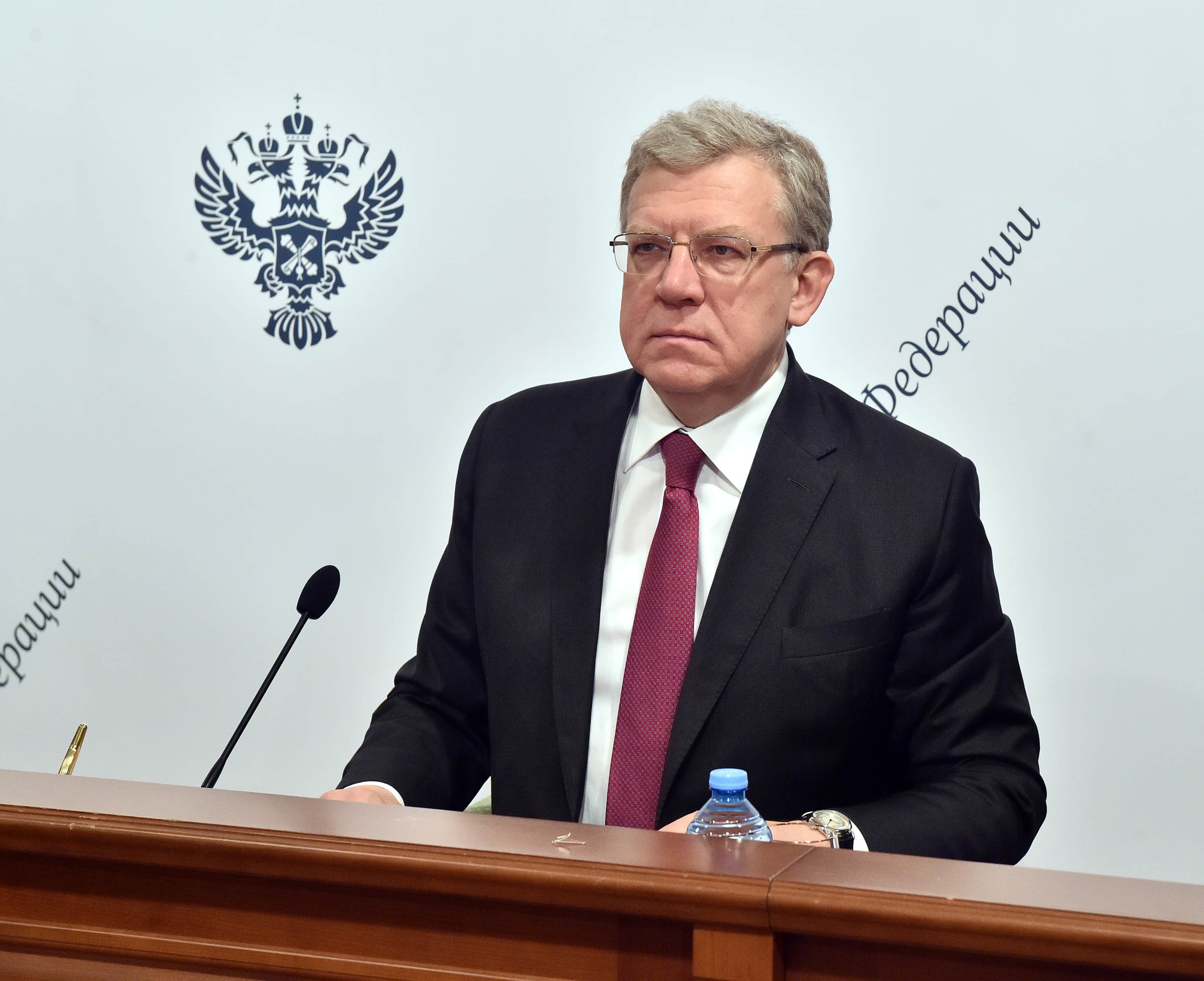 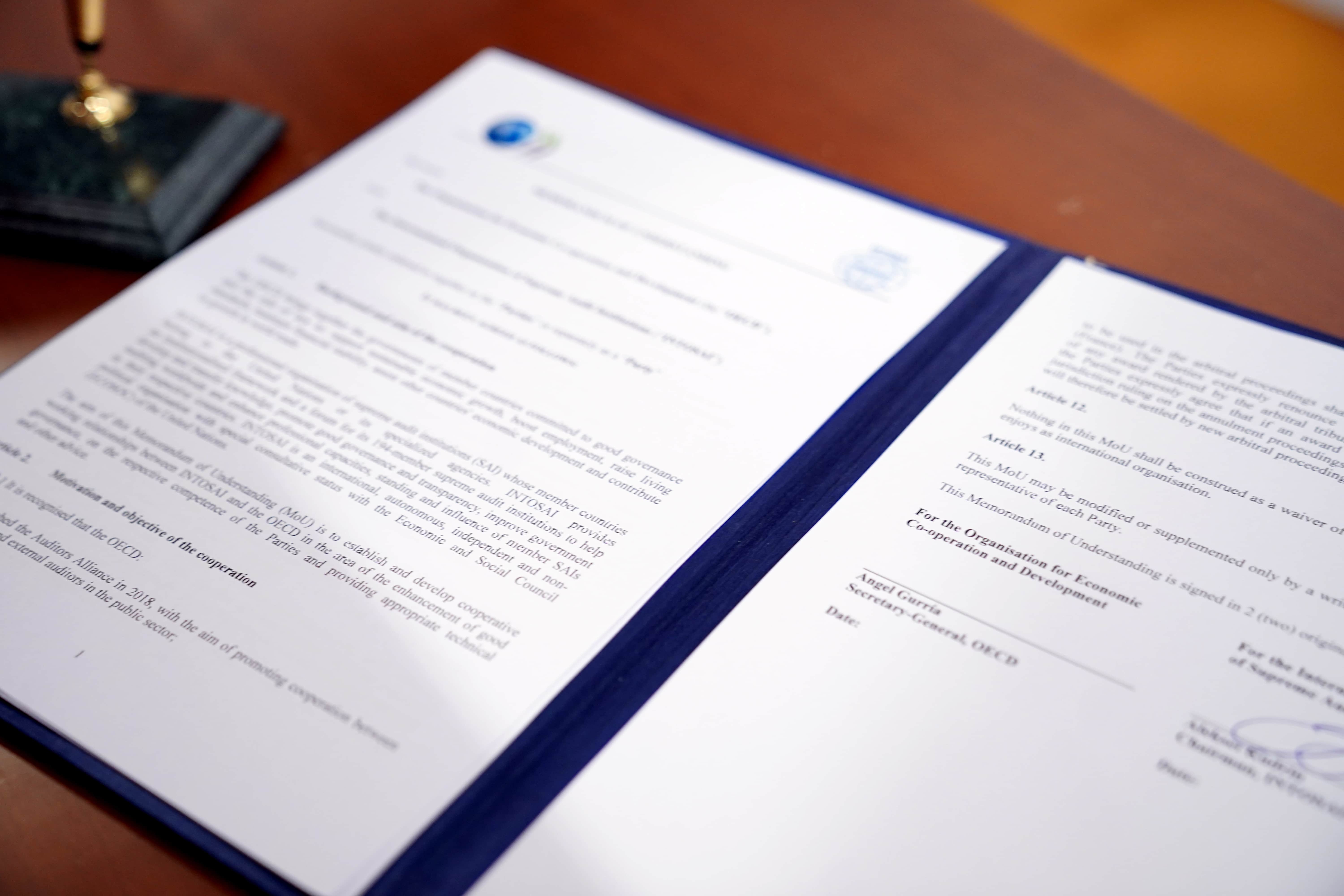 INTOSAI and OECD to Promote Cooperation

On April 13, 2021 Aleksei Kudrin, Chairman of the Accounts Chamber of the Russian Federation and Head of the International Organization of Supreme Audit Institutions (INTOSAI), and Angel Gurria, Secretary-General of the OECD, signed via videoconference a new version of Memorandum of Understanding between  two organizations.

The new agreement will allow organizations to become more effective  in improving public sector transparency and accountability. The new document will also contribute to the SAIs employees expertise development and promote the strategic audit approaches. Moreover, it will provide an additional opportunity in the Sustainable Development Goals achievement.

“As we approach the final term for the Agenda 2030 implementation, the interaction between OECD and INTOSAI will become even more relevant,”

Angel Gurria noted the importance of the new agreement as well and expressed his gratitude to Aleksei Kudrin for taking the initiative to bring the two organizations closer together.

“The Supreme Audit Institutions play a particularly significant role today: it is both the authorities accountability and drawing their attention to the crisis recovery issues. The SAIs also make a great  contribution to preparation of OECD documents and events, in particular to the Audit Alliance activities,”

Aleksei Kudrin and Angel Gurria also raised an issue of Russia’s accession  to the OECD.

“You have always stressed the importance of cooperation convergence between our organizations , you have supported and defended a multilateral approach. We have been talking about Russia becoming a member of the OECD. This proposal has now been slightly delayed. Despite this, you have always been a supporter of cooperative decision-making. You now hold the INTOSAI presidency, and no matter what post you may have held, you have always been in contact with the OECD and you continue to act in the same way, exercising great influence both domestically and internationally,”

Closing the event, Aleksei Kudrin expressed his gratitude to Angel Gurria for the meeting and noted that despite Russia’s accession to the OECD has been postponed, it is vital that the country continues to cooperate with the organization both at the working level and as an observer state:

“It might be useful to lay the groundwork for the moment when we can return to the entry agenda. On behalf of INTOSAI, I would like to acknowledge your personal contribution to this cooperation, your extensive personal involvement , and the attention you pay to the public sector audit issues. The international audit community members have always paid special attention to the OECD’s initiatives,”