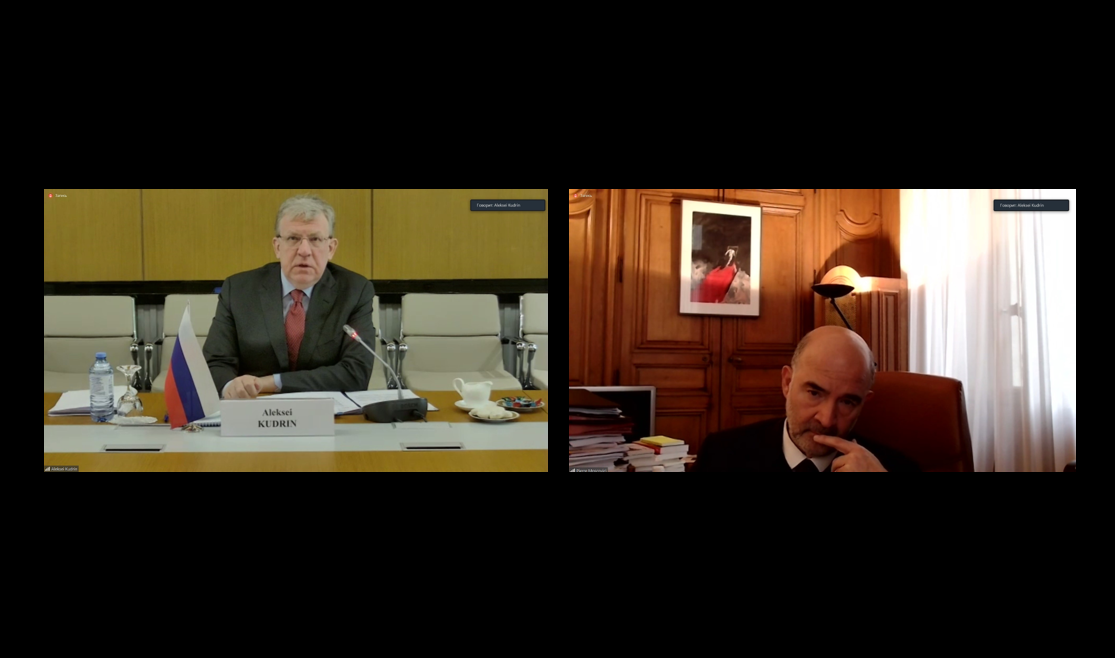 Aleksei Kudrin, the Chairman of the Accounts Chamber of the Russian Federation and Pierre Moscovici, the First President of the French Cour des comptes set cooperation plans for 2021.

An online meeting was held between Mr. Aleksei Kudrin and Mr. Pierre Moscovici on January 18, 2021. The Heads of the two SAIs discussed the pandemic impact on the institutions’ performance, the prospects of the joint seminars and conferences, and the goals facing INTOSAI during the SAI Russia’s Presidency.

Opening the meeting Mr. Aleksei Kudrin noted that the practice of conducting the field seminars to study foreign experience has begun with a visit to the SAI France since he had taken his position in 2018.

“Colleagues from the Cour des comptes were the first to whom we turned: they greeted us friendly and answered many questions; they always were actively involved in the INTOSAI and the Congress performance. We felt their support and this helped us.”

Mr. Kudrin and Mr. Moscovici discussed the aspects of the impact of the COVID-19 pandemic on the economies of the both countries and the upcoming joint events: the official visit of the SAI France delegation to Moscow scheduled for July, 2021; the multilateral webinars “Experience of jurisdictional SAIs”, “Healthcare audit”, “Audit of openness and openness in audit”, “IT audit”; and the participation of France representatives in the international scientific and practical conference under the auspices of the INTOSAI Chairman that will be held on April 21-22, 2021.

The First President of the Cour des comptes supported the initiatives of the Russian side and expressed the interest of the SAI France representatives in the experience exchange in the announced bilateral and multilateral formats. Mr. Moscovici noted that he found the SAI Russia initiatives under INTOSAI Presidency noteworthy.

“We support the idea of creating the INTOSAI University, as well as launching a separate working body dedicated to the health, social security and protection issues.”

The SAIs chairmen meeting was held for the first time since Pierre Moscovici has been appointed to this position in June 2020. Prior to that he served as European Commissioner for Economic and Financial Affairs.