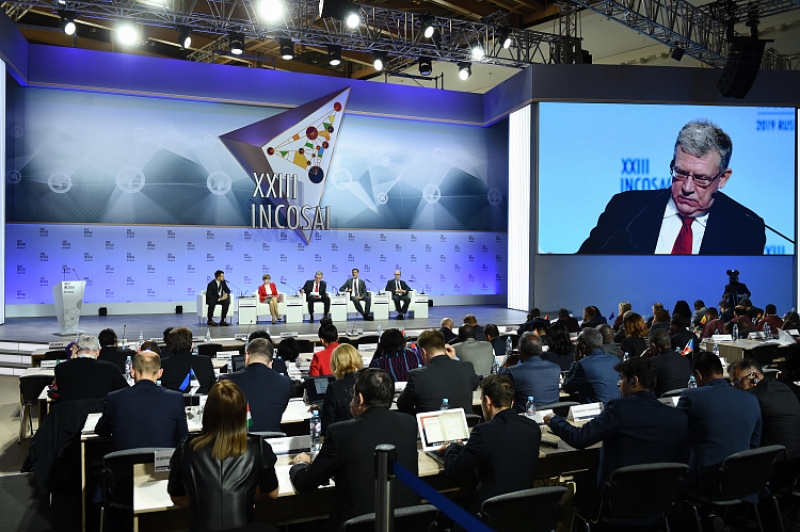 The role of the auditing community in the changing world was discussed today during a panel discussion on macro audit. The term itself is not universally acknowledged and has been proposed by the Accounts Chamber.

‘This is an intellectual challenge to look at global issues, global economy, and global concerns from a broader perspective, to conduct an express audit of the main trends and risks,’ Aleksei Kudrin said.

The participants said that the global economy now was undergoing serious changes: driver countries, such as China and Germany, had their GDP decreasing, there were risks of deglobalization. ‘It is most likely that in the next 5-10 years the growth rate will be quite low across the world. This cannot be explained only by the demographic trends: technological innovation growth is slowing down, the global GDP is influenced by serious political and macroeconomic factors. What is going on now is the part of the cycle that is not over yet and now every country is in need of comprehensive reforms,’ Kenneth Rogoff, economy professor from Harvard said.

The Chairman of the Accounts Chamber covered global risks and modern challenges in more detail. In his opinion, poverty is the key problem. One quarter of the accumulated global economy growth has been in the possession of 1% of the world population since 1980. At the same time, the least prosperous account only for 12% of the growth. Income inequality results in unequal opportunities. Mr Kudrin also included education and Industry 4.0 in the list of challenges. ”States engage in the digitalization, internet of things, etc. in various formats. In Russia there is an actual national project "Digital economy". However, it is very difficult to assess state policies as well as the quality shifts in the area and in all areas of activities that result from new technologies. Here we need a continuous performance evaluation of the efforts, in particular state efforts,’ he said.

All these problems are monitored by supreme audit institutions. Time is another factor that must be considered. The pace of life today is very fast, and auditors must be quicker than everyone so that important and necessary decisions do not become obsolete and lose their relevance before they are implemented. Here cutting-edge technologies might help them. ‘Modern advanced technologies allow to transform the processes and conduct audits without delays. It frees time and resources for the analysis of how processes and institutes correspond to the goal standards,’ Ksenia Yudaeva, the First Deputy Governor of the Bank of Russia, said.

Finalizing the discussion, Aleksei Kudrin outlined the plans for the INTOSAI Presidency: ‘As the future leader of the organization, I would like to increase the role of analysis, data analysis, evidence-based audit methods in the analysis, data and outcome comparison and strengthen the role of recommendations given by our auditors to their governments. We should be proactive and develop the institutional structure that allows us to achieve real outcomes.’