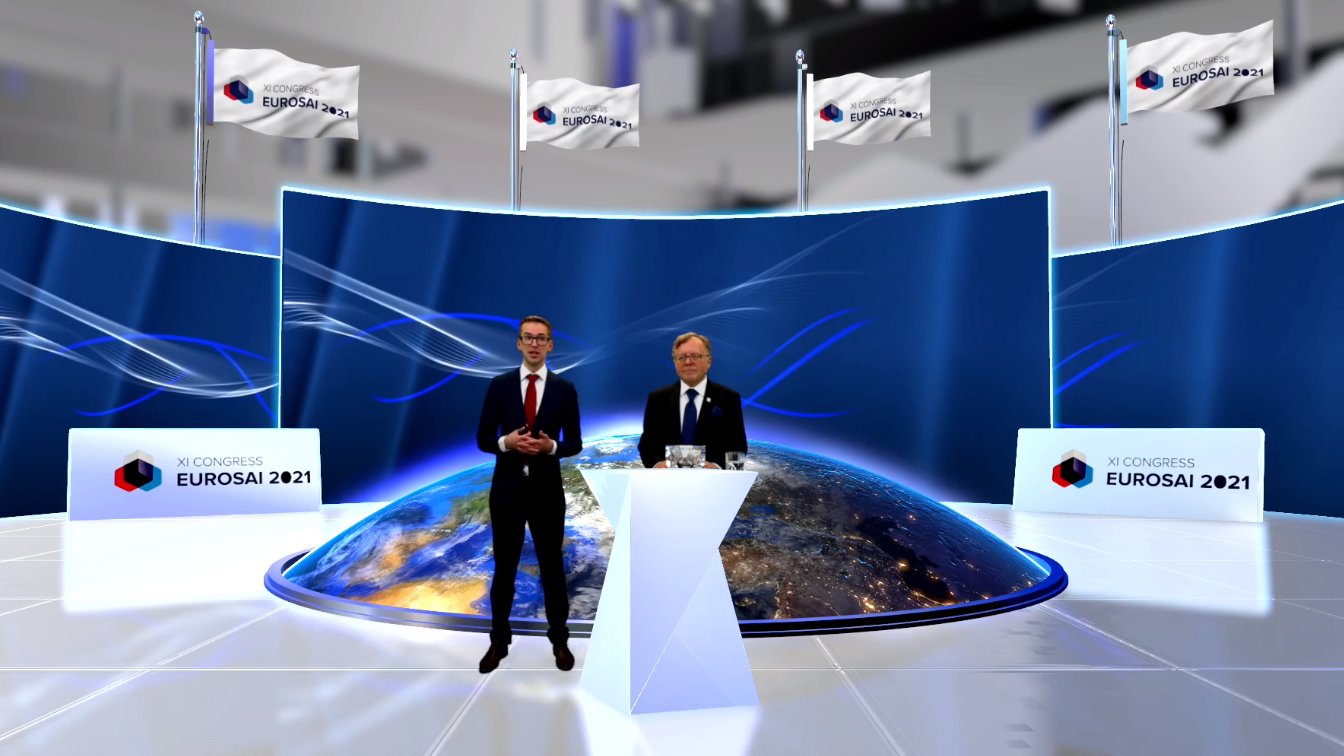 On April 14, 2021, the XI EUROSAI Congress was held under the leadership of the Chairman of the SAI of the Czech Republic. In a pandemic the meeting was carried out online with the participation of 48 EUROSAI members. In parallel with General Plenary Session, the 53rd and 54th meetings of the Governing Board were conducted.

The work of the Congress began with a ceremony of handing over of leadership to the Chairman of the SAI of the Czech Republic, Mr. Miloslav Kala.

In the first part of the Congress, the participants were presented with report on Implementation of the EUROSAI 2017-2021 Presidency Programme, the activity report of the EUROSAI Secretary General (2017-2021), EUROSAI Strategic Goals and Governance Portfolios progress reports (2017-2021). As part of the discussion on drafting of the Operational Plan of the Strategic Period 2021-2024, suggestions were made to simplify reporting schemes, improve communication model, reduce the number of databases, create flexible structures for knowledge sharing and introduce a new approach to training management.

In the second part, the Congress approved modifications to the EUROSAI Statutes regarding membership fees. As a result, the decision taken during the 52nd meeting of the Governing Board came into force. The SAI of Kosovo was presented as a new member of EUROSAI, in accordance with the provisions UNSCR 1244/1999 and the ICJ Opinion on the Kosovo declaration of independence.

Also, the Congress participants approved the EUROSAI Communication Framework, reports on the activities of the EUROSAI Working groups and Task Forces. It was decided to close the Task Force on Audit and Ethics (TFA & E) under the leadership of the SAI of Portugal. The SAI of Croatia was appointed responsible for launching and organizing the EUROSAI Network for Ethics for an initial three-year period. The mandates of other Working groups and Task Forces were extended for the period 2021-2024, their programs were approved.

In addition, Congress approved a EUROSAI Strategic Plan (ESP) 2017-2024 and EUROSAI Financial Statements (2017-2020). The participants took note of the updated Memorandum on Enhanced EUROSAI Structure and Governance, which clarifies responsibilities of the Coordination Team for ensuring the quality and transparency of the results of EUROSAI's work. A budget for 2022-2024 was also approved (including annual financial contributions from members).

As a result of the elections for key positions in EUROSAI, the SAI of Israel was elected to host the XII Congress and Mr. Matanyahu Englman will be the next EUROSAI President. The SAIs of Great Britain and Lithuania were elected as new members of the Governing Board for a tenure of six years (2021-2027), the SAIs of Bulgaria and Croatia were reelected as auditors for the financial periods 2021-2023.

In the final part of the Congress, the reports of the INTOSAI General Secretariat and the representative of the INTOSAI Development Initiative were taken into account.