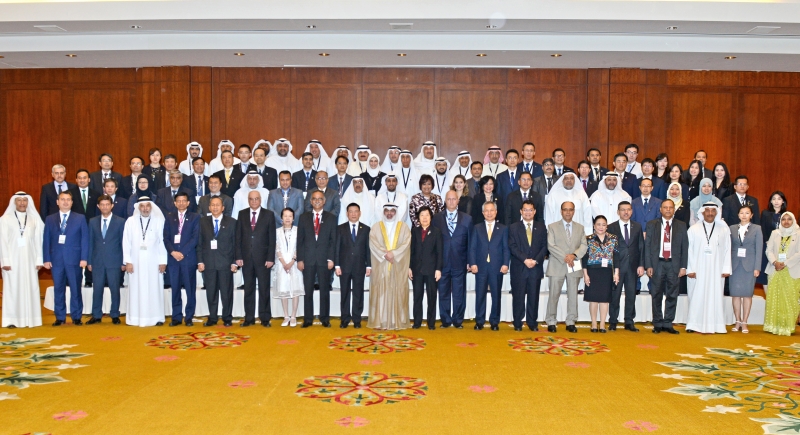 On July 23-24, 2019 the delegation of the Accounts Chamber of the Russian Federation, headed by the Auditor and Board Member Alexey Kaulbars, took part in the ASOSAI Governing Board activities. The event was hosted by the State Audit Bureau of Kuwait in Kuwait City.

The participants discussed the crucial outcomes and issues associated with the development of activity areas of ASOSAI, including capacity building, financial and strategic planning, interregional cooperation and collaboration with INTOSAI.

In the frame of INTOSAI-ASOSAI cooperation the key INTOSAI bodies presented their reports. The delegation of the Accounts Chamber of Russia presented the report on the activities of the INTOSAI Policy, Finance and Administration Committee, highlighting its signature achievements within the year and future plans.

As the host of XXIII INCOSAI and future INTOSAI President the Accounts Chamber of Russia updated the participants of the ASOSAI Governing Board meeting on the preparations for the Congress to be held in Moscow this September.

The delegation of the Accounts Chamber of Russia also took part in the election of ASOSAI representatives in the INTOSAI Governing Board for the 2019-2025 term. The supreme audit institutions of Thailand and Japan were selected out of four candidates (the SAIs of Vietnam, the South Korea, Thailand, and Japan).

On the margins of the event His Highness the Deputy Amir and Crown Prince of Kuwait Sheikh Nawaf Al-Ahmad Al-Jaber Al-Sabah hosted the Auditor of the Accounts Chamber of Russia Alexey Kaulbars together with the leadership of other foreign delegations. H.H. Sheikh Al-Sabah underscored the commitment of Kuwait to the development of relations with friendly states in different areas, including public audit. He also wished the delegations' leadership fruitful work during the ASOSAI Governing Board meeting.