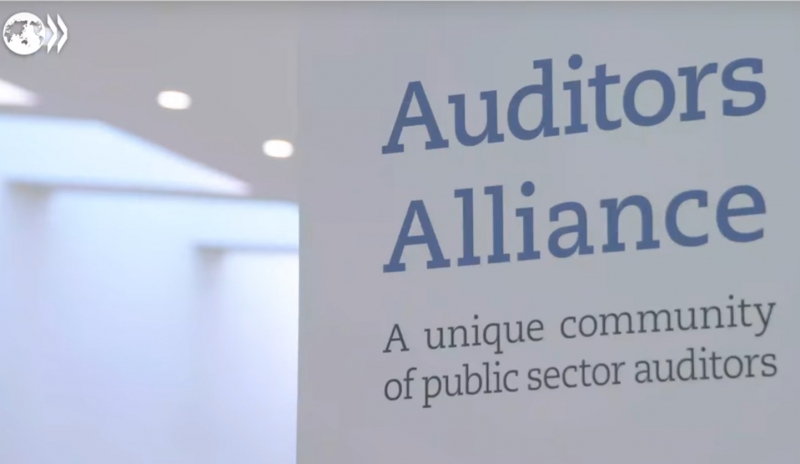 The Accounts Chamber took part in the OECD Auditors Alliance

On March 21-23, the Accounts Chamber delegation took part in the anti-corruption forum of the Organization for Economic Co-operation and Development (OECD) as well as in the Auditors Alliance conference that brought together more than 600 auditors from 67 countries.

Common challenges for the Supreme Audit Institutions were discussed: changes in the field of public administration of external audit, digitalization, auditors competence, etc. In addition, on the margins of the events, Aleksey Kudrin, Chair of the Accounts Chamber, held a number of bilateral meetings with auditors from France, Argentina, Finland, and Chile, where topical issues of cooperation and the upcoming INTOSAI Congress in September were discussed.

The visit began with a meeting of the Accounts Chamber delegation with the administration of the Court of Accounts of the French Republic. An accommodation was reached to sign a new agreement between the Accounts Chamber of Russia and the Court of Accounts of France, issues of strategic audit, achievement of national goals, and evaluation of state policy, as well as topics of interaction of SAIs with the public and conduct of an audit in the cultural field, were identified as areas of cooperation within the regular activities.

Then, a meeting with Angel Gurria, OECD Secretary-General, took place. Aleksey Kudrin invited the Head of the OECD to take part in the INTOSAI Congress and proposed the negotiations on the issue of concluding a new agreement between the OECD and INTOSAI. Angel Gurria summarized briefly the current stage of cooperation between the OECD and INTOSAI and agreed on the need to update the cooperation agreement. The parties agreed on further cooperation on this issue.

On the margins of the Auditors Alliance, Aleksey Kudrin also held meetings with the administration of SAIs of Argentina, Finland, and Chile. The best practices of the audit, SAIs transformations, and interaction with society were discussed. An agreement was reached with Tytti Yli-Viikari, Head of the Accounts Chamber of Finland, to organize a joint seminar on the exchange of experiences in the areas of strategic audit and transformation of the agency, as well as an audit in the field of education. There were also proposals on the formats and topics of the INTOSAI Congress.