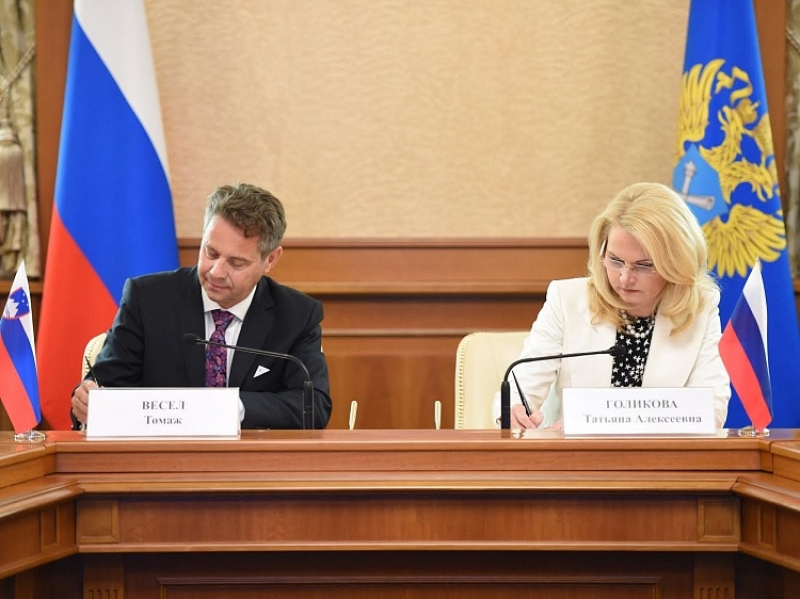 This document confirms the intention of the two countries to develop cooperation in the field of state audit and is an updated version of the Memorandum of understanding on cooperation dated May 31, 2006.

During the meeting with the Slovenian colleague Tatyana Golikova noted that "the experience of auditing work with our Supreme Audit Institutions already exists." So, in 2013 - 2014 the control bodies of the two countries carried out a verification of the implementation of the Memorandum between the Governments of the Russian Federation and the Republic of Slovenia on important projects for the expansion of bilateral economic cooperation signed in Moscow on November 17, 2010. In this regard, the Chair of the Accounts Chamber, Tatyana Golikova, suggested Tomaz Vesel similar control measures to verify the implementation of joint projects of cooperation between the two states.

"Another perspective topic of the audit is the study of issues related to the implementation of the intergovernmental agreement on cooperation in the prevention of accidents, disasters and natural disasters and the elimination of their consequences. In addition, in the sphere of experience exchange, we could work out the possibility of holding a seminar or a round table on the practice of implementing internal financial control and internal financial audit at control facilities", - said Tatyana Golikova.

The proposals of the Accounts Chamber have found a positive response among Slovenian colleagues.

In addition, the parties touched upon the issue of the activities of the Russian and Slovenian SAIs on the INTOSAI and EUROSAI lines. As Tatyana Golikova noted, "we take an active part in the work of a number of EUROSAI working groups, for many years actively supported the work of the EUROSAI Committee on Professional Standards. The Accounts Chamber of the Russian Federation has strong positions in this organization. "

In conclusion Tatyana Golikova shared with the Slovenian delegation the experience of organizing in the Accounts Chamber of the Russian Federation relations with the media and the latest innovations in the IT sphere. Tomaz Vesel suggested to share experiences in these areas.