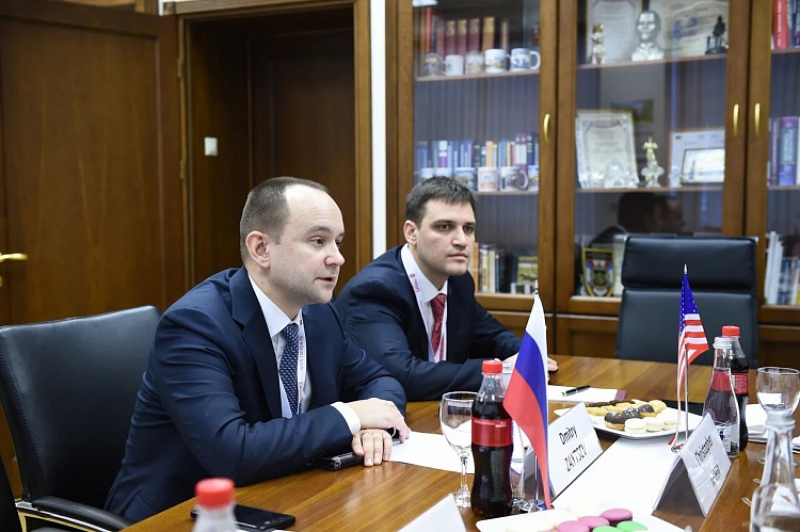 Dmitry Zaitsev, Auditor of the Accounts Chamber, held bilateral meetings with representatives of the Supreme Audit Institutions of Austria, China, USA and Finland at the site of the Gaidar Forum.

The main topic of the meetings was the preparation for the XXIIIrd INTOSAI Congress, which will be held in September 2019 in Moscow.

In particular, Dmitry Zaytsev discussed with Monika Gonzalez Garcia-Koss, Director of INTOSAI General Secretariat, organizational issues related to the preparation of key materials for the upcoming Congress, including its main document - the Moscow Declaration, and with Cristopher Joseph Mihm, Managing Director for Strategic Issues, U.S. Government Accountability Office - the interaction of control institutions to promote strategic audit in the international audit community.

At the meeting with the Director of the SAI Department of People's Republic of China the parties being the heads of the main topics of the Congress *, discussed the information technology issues in the activities of control bodies, and they shared experience in auditing expenditures in social sphere, science and education.

At the meeting of the INTOSAI Governing Board held in November 2017 in the Austrian city of Graz, the following Congress topics were approved: