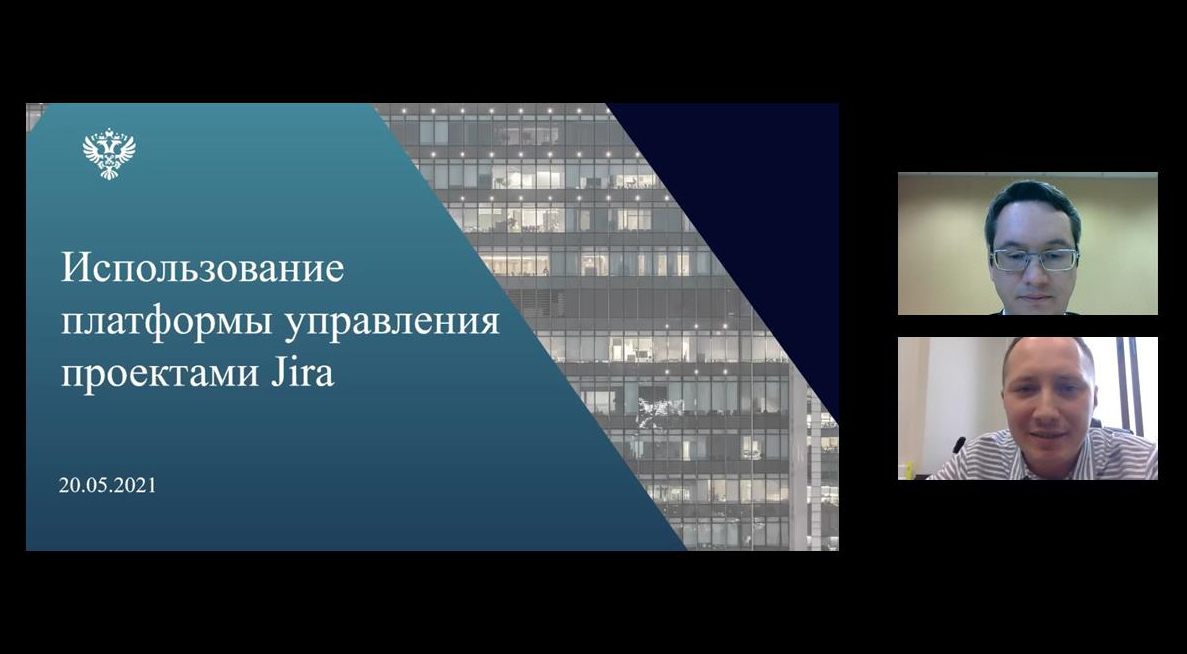 Seminar on “Application of Jira project management platform" was held

Representatives of the Accounts Chamber of the Russian Federation and SAIs from the CIS countries discussed project management and improved cooperation between working groups during inspections.

On May 20, as part of the experience exchange process among representatives of the Council of Heads of the SAIs of the CIS Member States, a seminar on “Application of Jira project management platform" was held. The event covered project management process organization and better interaction between employees during inspections as well as effective allocation of resources.

In his opening speech, Mr. Timur Makhmutov, Director of the Department for International and Regional Cooperation, stressed that the Accounts Chamber of the Russian Federation experience could be useful for participants in terms of addressing systematization of project activities on the basis of appropriate programs and technologies.

"The processes of digitalization are gaining momentum, and the number of projects is increasing,"

- he declared, indicating the relevance of the meeting agenda.

In her opening statement, Ms. Elena Boitsova, Director of the Financial Audit Department, underscored that the project management platform had been introduced for the first time in the Accounts Chamber of the Russian Federation during an audit of a UN specialized agency—the United Nations Industrial Development Organization (UNIDO). It was at the moment when the need arose to coordinate the work of the Accounts Chamber's employees from ten different departments. To manage such a team in a more efficient way, it was proposed to use a special digital solution. Thus, according to Ms. Boitsova,

"Jira becomes an extremely convenient product that structures all tasks, responsible employees, and deadlines. Now it is one of our main sources of information for making further management decisions."

During the seminar, Mr. Denis Strizheusov, Deputy Director of the Financial Audit Department, made a report and presentation. To showcase the platform to the participants, the system’s user options and tools, as well as its functional features and project management process format were demonstrated. At the same time, the speaker stressed that the main goal of the platform is to "quickly understand where people are in terms of their functions and ongoing work." Employees of the Financial Audit Department demonstrated the process of automation, planning and management of projects and assignments implemented as part of the day-to-day operations of the Accounts Chamber.

The meeting was attended by representatives of the SAIs of Armenia, Azerbaijan, Belarus, Kazakhstan, Kyrgyzstan, Moldova, Tajikistan and Uzbekistan, regional audit institutions of the Russian Federation and territorial bodies of the State Control Committee of the Republic of Belarus. For the employees of the Accounts Chamber of the Russian Federation, a YouTube broadcast was made.

The next workshop for the CIS SAIs is scheduled for July-August 2021. It will cover openness of the work of SAIs.