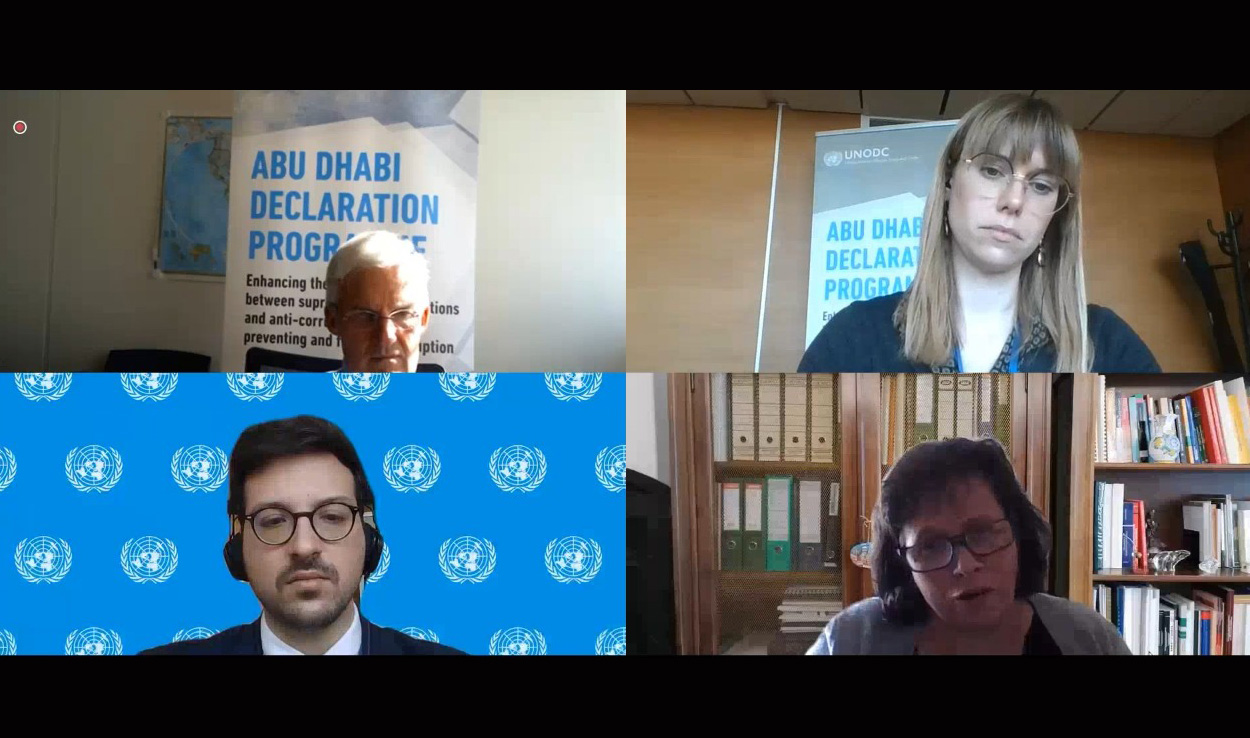 Second Meeting of Experts: Finalization of the Practical Guide to Enhance the Collaboration between SAIs and ACAs

28-30 March, 2022 the second meeting of experts was held to discuss and develop the draft practical Guide on strengthening cooperation between supreme audit institutions (SAIs) and anti-corruption authorities (ACAs) in order to effectively prevent and combat corruption.

The event was organized by the United Nations Office on Drugs and Crime (UNODC) in cooperation with INTOSAI and with the support of SAI UAE.

The Guide Development Project aims to support the global implementation of the Resolution 8/13 (referred to as Abu Dhabi Declaration) and Resolution 9/3 adopted by the Conference of the States Parties to the United Nations Convention against Corruption (CoSP). The second meeting of experts was based on the results of the first event held in October 2021 in Vienna and a series of online consultations with experts in anti-corruption.

During the three-day event representatives of SAIs and ACAs discussed the legal and practical features of the interaction between various national agencies in charge of anticorruption. The ideas and approaches explored during the discussions would be used to refine the structure and evidence base of the Guide.

On the first day (March 28), experts focused on the existing forms of cooperation between SAIs and ACAs, as well as proposals for their development. According to the participants, mutual reporting mechanisms and a results-based evaluation system with specific key performance indicators is crucial for successful interagency cooperation. The debate around the most effective framework of cooperation between the ACAs and SAIs culminated in the identification of three models: 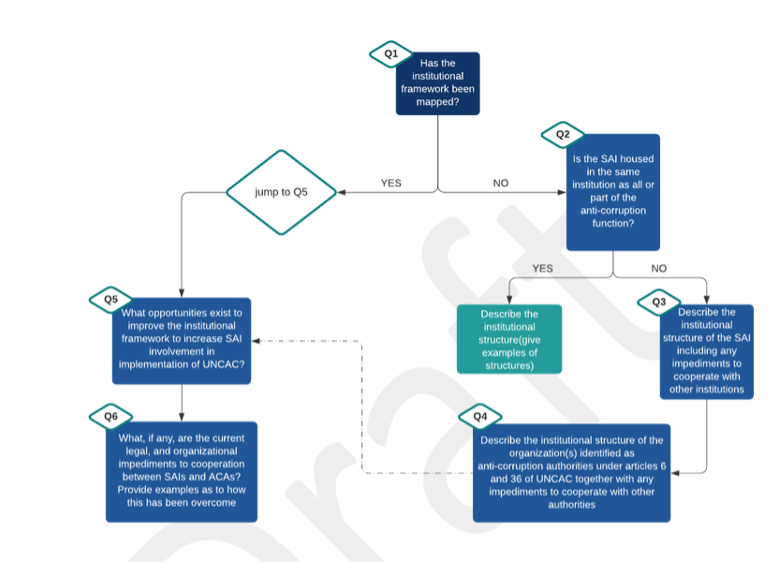 The second day (March 29) was devoted to the exchange of best SAIs’ practices on the use of ICT in the anti-corruption field.

The issue of education in ICT turned out to be central for the discussion.

Participants emphasized the effectiveness of whistleblowing software that allows users to anonymously report violations in the work of government agencies or commercial companies implementing a public tender. Information received through this channel is considered through the development of SAIs’ operational and strategic plans in Brazil, Italy and the UAE.

The most common problems related to big data analysis at the intra-agency level were identified as follows: the lack of well-tuned mechanisms for high-quality data collection, legislative restrictions on data access (for example, the EU General Data Protection Regulation), multiple platforms for data storage, preventing the comparison of data from different registries.

The third day (March 30) was dedicated to the practical aspects of cooperation between SAIs and ACAs in the field of preventing corruption. Accordingly, SAI Romania annual publication of a consolidated report on the results of the conducted audits allows state institutions to learn from the mistakes of their colleagues. The subsequent implementation of preventive measures in "risk zones" has reduced the number of violations in public procurement by 80% over the period 2008-2021.

According to the organizers of the event, the ultimate goal of the Guide is not to create an instruction for building cooperation between SAIs and ACAs, but to demonstrate possible options for organizing such interaction. Potential users of the Guide will have access to the reference information on the most common and effective foreign practices. However, a deeper engagement with the foreign experience will require the intensification of cross-border contacts in the field of combating corruption.