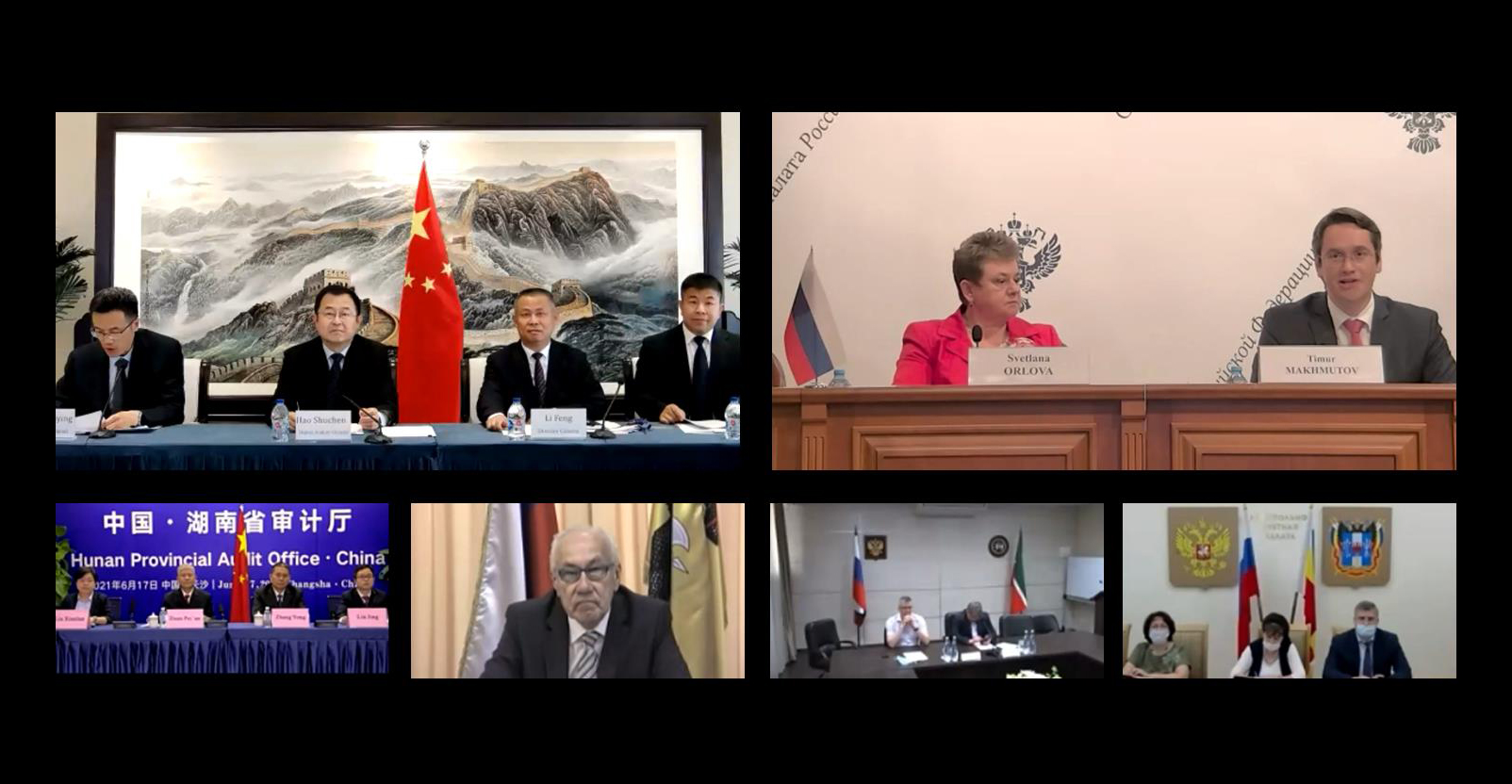 A bilateral networking seminar of Russian and Chinese Supreme Audit Institutions was held on June 17, 2021 for the parties to share the results of natural resource audits carried out at the regional level. Haiying Jiang, Director-General for International Cooperation, National Audit Office of China, moderated the event.

In her speech, Svetlana Orlova delivered the results of an investigation carried out in 2020 into rehabilitating the Volga River and improving the water quality in the Volga basin regions. The auditor mentioned that the activities carried out as part of the Environment National Project and the Volga Rehabilitation Federal Project are geared to reducing the number of polluted effluents to around 30% of the current value (72.6% of allocated finance). Construction of new and/or modernisation of existing water treatment plants of major water consumers will help increase the total capacity of their treatment facilities and reduce effluents discharged to 1.05 cubic km/year by 2024.

The audit revealed that the project is being held back, first of all, by poor quality or lack of certain design specifications and estimates and, second, by failure on the part of project administrators to spend the funds allocated. The auditors found a total of 140 violations entailing almost RUB 1.1 bn in fines.

Anatoly Fedorov also stated that the funds allocated to the Yaroslavl Region components of the Environment National Project in 2019-2020 totalled RUB 3.7 bn, including a RUB 3.4 bn contribution from the Russian federal budget. Most of the budget funds granted to the regional Volga Rehabilitation project were intended for building and reconditioning small-scale water discharge facilities. Yet construction and renovation of water treatment facilities of two major water service companies in Yaroslavl and Rybinsk were supposed to reliant on extra-budgetary funds at the time of the audit, that held the risks of putting the facilities into operation in time.

Li Feng spoke about the findings of the Yangtze basin environmental status and protection activities audit. He mentioned that according to the results of the audit, by the end of 2020, more than 8 thousand chemical enterprises located along the Yangtze River had been closed down, modernised or relocated:

As a result of these efforts, the ecological, topographic, irrigation and other functions of local rivers and lakes had started to recover.

The parties agreed to hold another networking seminar for an in-depth investigation into environmental audit issues in their regions.