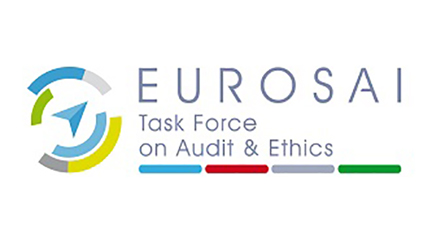 EUROSAI Task Force on Audit and Ethics is terminating its activities

EUROSAI Task Force on Audit and Ethics (TFA&E) was set up in 2011 to promote the principles and values of ethics in the activities of the supreme audit institutions.

During its existence, the TFA&E has conducted a number of research and surveys on ethics, organized a series of scientific and practical seminars, prepared recommendations for the implementation of "ISSAI 30: INTOSAI Code of Ethics" in the activities of the SAI, actively cooperated with external partner organizations, such as the OECD, the Council of Europe, the European Confederation of Internal Audit Institutions and with the scientific community on ethics in the system of public authorities.

On March 16, 2020, the 11th final meeting of TFA&E was held in an online format. The main topic of the meeting was summing up the results of the group's activities and preparing the final report for the XI EUROSAI Congress. According to Jose F. F. Tavares, Head of the Portuguese SAI and Chairman of TFA&E, all the goals set for the group have been achieved, and the projects have been successfully implemented.

At the meeting on 16 March, the results of the latest Report on the Audit & Ethics 2020 survey, conducted in 2020 under the leadership of the SAI of Malta, were presented. Thus, in comparison with the results of the 2012 study, the number of SAIs conducting audits for compliance with ethical standards in the public sector, as well as using appropriate tools for internal control, has increased.

The Serbian SAI spoke in detail about the completion of the project " Ethics Training Model and e-course. The SAIs of Spain and Portugal presented the "Ethics Maturity Model for SAIs ", which was developed jointly with the European Court of Auditors.

At the 11th meeting of the TFA&E, it was decided to terminate the group's activities and close it.