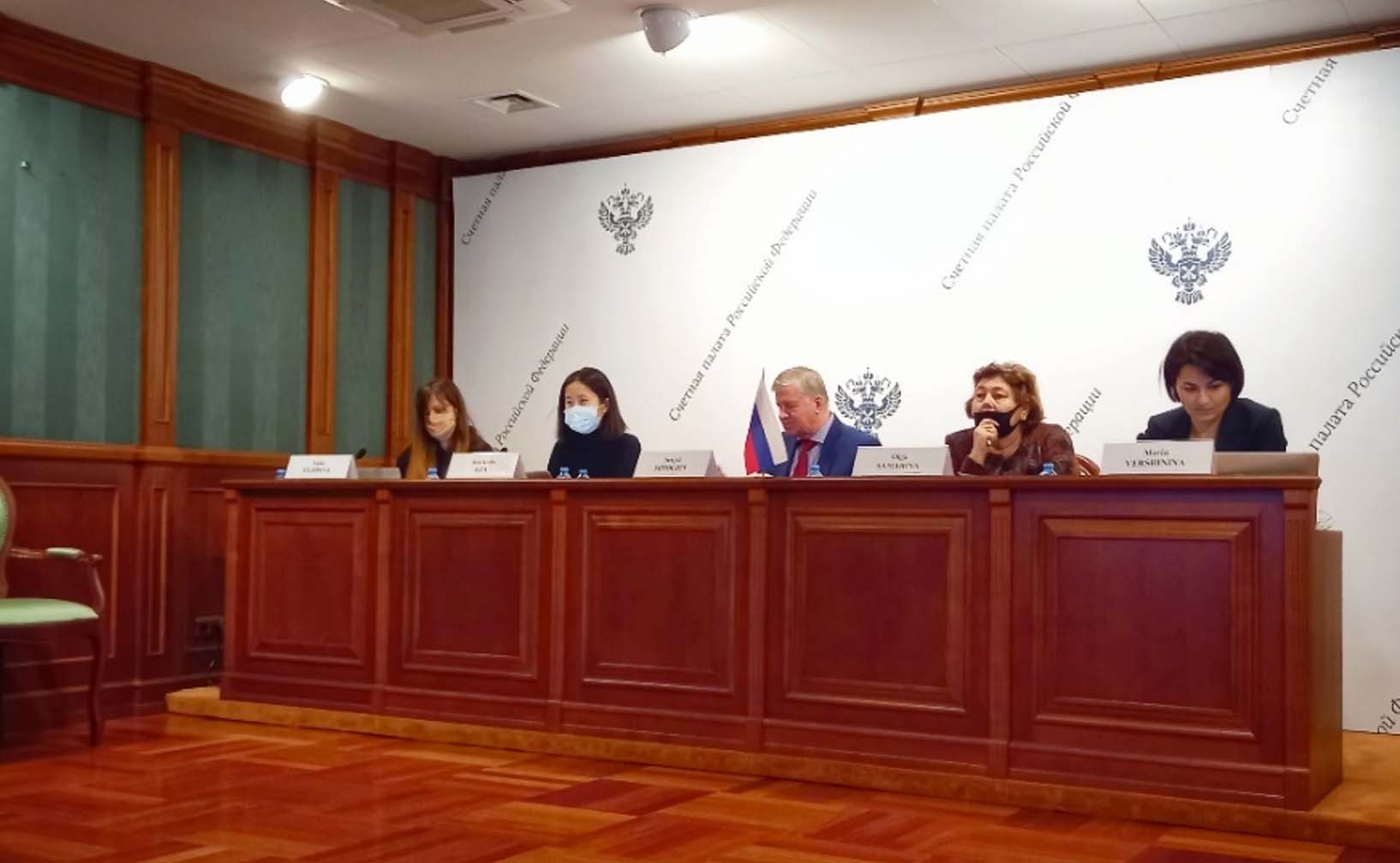 In his report, Mr Henrique Lopes da Silva, auditor of the Chamber of Accounts of the Federative Republic of Brazil, shared his country’s experience of auditing such poverty management campaigns as Bolsa Familia and the support programme for the poor affected by COVID-19. These programmes prioritize overcoming poverty in the long term. The speaker noted that, in a number of instances, the target populations were unable to get hold of financial support from the government.

Mr Yui Fenghui from China’s Department of Audit in Agriculture and Rural Areas told about attempts to fight poverty in the People’s Republic of China and about a relevant audit conducted by the China National Audit Office (CNAO). In February 2021, President Xi Jinping declared victory in the fight against poverty in China. He mentioned a number of measures undertaken at the national level, including welfare payments, improvements to education in poor parts of the country, broadening of employment opportunities and establishment of an affordable healthcare system. He also described the key auditing techniques regarding relation to eradiation of poverty and spoke about the outcomes of subsequent audits to confirm compliance with the CNAO’s relevant recommendations.

SAI India was represented by Ms Suhasini Gotmare, Audit Director at Southern Central Railway. At the moment, the country uses the Tendulkar poverty scale to measure the poverty level. This scale takes into account per-capita costs of food, healthcare, electricity and transport. The speaker noted that the most significant reduction in poverty, in the period from 2005 until 2015, was recorded among the most vulnerable populations: representatives of different castes (including untouchables) and residents of the poorest states (such as Bihar, Jharkhand and West Bengal). Ms Gotmare stated that the global level of extreme poverty had been reduced thanks to the initiatives of Asian countries, specifically China and India.

Anastasia Kim, Deputy Inspectorate Head at the Research and Methodology Department, talked about the methods for calculating the poverty level in Russia and the outcomes of a relevant audit:

Mr Sergey Shtorgin, auditor from the Russian Federation Accounts Chamber, reported on the overall poverty situation in Russia. He also spoke about the key social assistance initiatives for reducing poverty in Russia both before and during the COVID-19 pandemic.

Sergey Shtorgin mentioned that the country had done a lot over the last few years to support the most vulnerable groups of low-income individuals. Starting in 2020, Russia provides significant aid to low-income families with children aged 3 to 7, depending on their income deficit. The federal budget is the primary source of such financial support.

The auditor also stressed that social contracts, a tool that helps support family income and eliminate the causes of poverty, are an essential tactic in fighting poverty in Russia, this also funded by the federal budget since 2020:

We believe that having a social contract with a social welfare authority helping people find a job, start a business or expand their private farm and allotment capabilities encourages low-income individuals to be more proactive in coping with hardship.

Our estimates show that more than a third of all people who have such contracts managed to rose above the poverty line in 2020.

Mr Faisal Joji and Mr Laurens van Vuuren from South Africa SAI told about an audit of poverty eradication measures in South Africa and the national poverty reduction policy. They mostly spoke about social assistance measures focusing on the poor and disadvantaged populations, such as children, retirees and physically challenged individuals. In his report, Faisal Joji also touched upon the highlights of national poverty management programmes implemented in South Africa, including the employment assistance programme. He drew special attention to the outcomes of the welfare payments audit during which South Africa SAI reviewed the legitimacy of welfare payments. The reporter noted that this had been a continuous audit conducted by a multi-discipline team.

In conclusion, participants in the workshop highlighted that fighting poverty is a critical agenda for BRICS members. They agreed to uphold and continue the established five-way cooperation format.