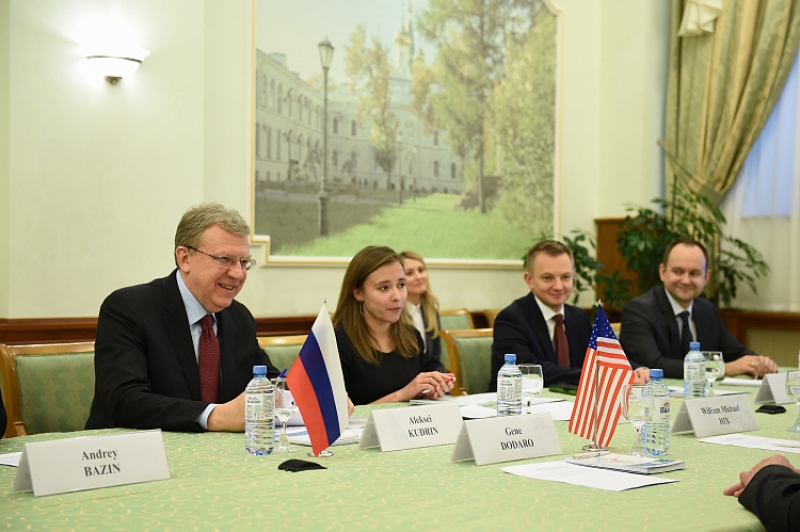 On the eve of the 71st meeting of the Governing Board of the International Organization of Supreme Audit Institutions (INTOSAI), Alexei Kudrin held bilateral meetings with the President of INTOSAI, Harib Said Al Amimi, the President of the State Audit Office of the United Arab Emirates, and Gene Dodaro, the Comptroller General of the United States.

In 2019, the Accounts Chamber of the Russian Federation will be the Chairman of INTOSAI and will hold the 23rd Congress in Moscow. Therefore, many issues related to the preparation of this international event have been discussed at the meeting.

Mr. Al Amimi shared the UAE’s experience of chairmanship in INTOSAI and offered their support for planning the Congress.

The meeting participants also agreed that they should continue their work to develop the Organization’s Charter: it must be more responsive to modern technological challenges and the new role of audit institutions as strategic advisors to their governments. “I am sure that, following the Congress, we will be able to formulate the key conclusions that will give a fresh impetus to the development of the audit community,” Alexei Kudrin said.

During the meeting, Alexei Kudrin and Gene Dodaro, the Comptroller General of the United States, discussed the development of cooperation between the financial audit institutions of the two countries. “Our organizations have accumulated a vast experience of interaction in multiple areas, including participation in a joint audit in environmental protection and sustainable development of the Arctic and cooperation in the INTOSAI Working Group on Big Data. By the way, the Accounts Chamber was the first to support this initiative. I hope that we will not only continue our constructive cooperation but also find new areas of cooperation,” the Head of the Russian SAI stressed.

Both in Russia and in the USA, audit institutions introduce new approaches in the public audit system, such as performance audit, digitalization, and project management. Alexei Kudrin and Gene Dodaro agreed to expand the exchange of best practices.

At the end of the meeting, Alexei Kudrin invited Gene Dodaro to take part in the Gaydar Forum to be held in January 2019 in Moscow. “We plan to gather the chairpersons of the Accounts Chambers to discuss some audit issues, including new approaches to its procedure,” Alexei Kudrin noted.

The Governing Board of the International Organization of Supreme Audit Institutions (INTOSAI) met in the Accounts Chamber of the Russian Federation on November 15–16.