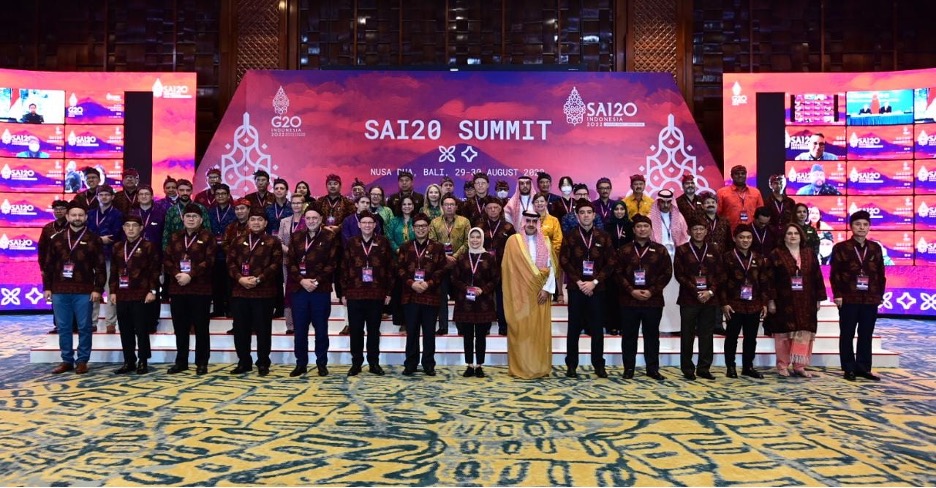 The SAI20 Summit hosted by the Audit Board of the Republic of Indonesia took place in Bali, Indonesia on August 29-30.

SAI20 engagement group is one of the key initiative proposed during the Indonesia Presidency in G20. The group is aimed at strengthening the role of G20 countries SAIs in supporting the post-COVID-19 economic recovery as well as achieving the Sustainable Development Goals (SDGs). The participants endorsed the SAI20 Rules of Procedure (RoP) and SAI20 Communique, which will be handed over to G20 heads of state and government.

The Accounts Chamber of Russian Federation was represented by Member of the Board Dmitry Zaitsev, Director of the Department of International and Regional Cooperation Timur Makhmutov, Director of the Department of Economic Development Audit Anton Kosianenko and Head of Division for Cooperation with INTOSAI and other International Organizations Yaroslav Yalovenko. The Summit was also attended by the heads and representatives from SAIs of Argentina, Australia, Brazil, China, India, Indonesia, Korea, Mexico, Saudi Arabia, South Africa, Turkey and Poland.

On behalf of the Accounts Chamber Dmitry Zaitsev supported the establishment of SAI20 and the documents proposed for endorsement. He also commented on the major aspects of achieving the SDG and key national development indicators in the context of energy transition and green economy. He also stressed the need for active knowledge-sharing within SAI20 on the issues of auditing the SDG and ESG-reporting by using the U-INTOSAI digital platform.