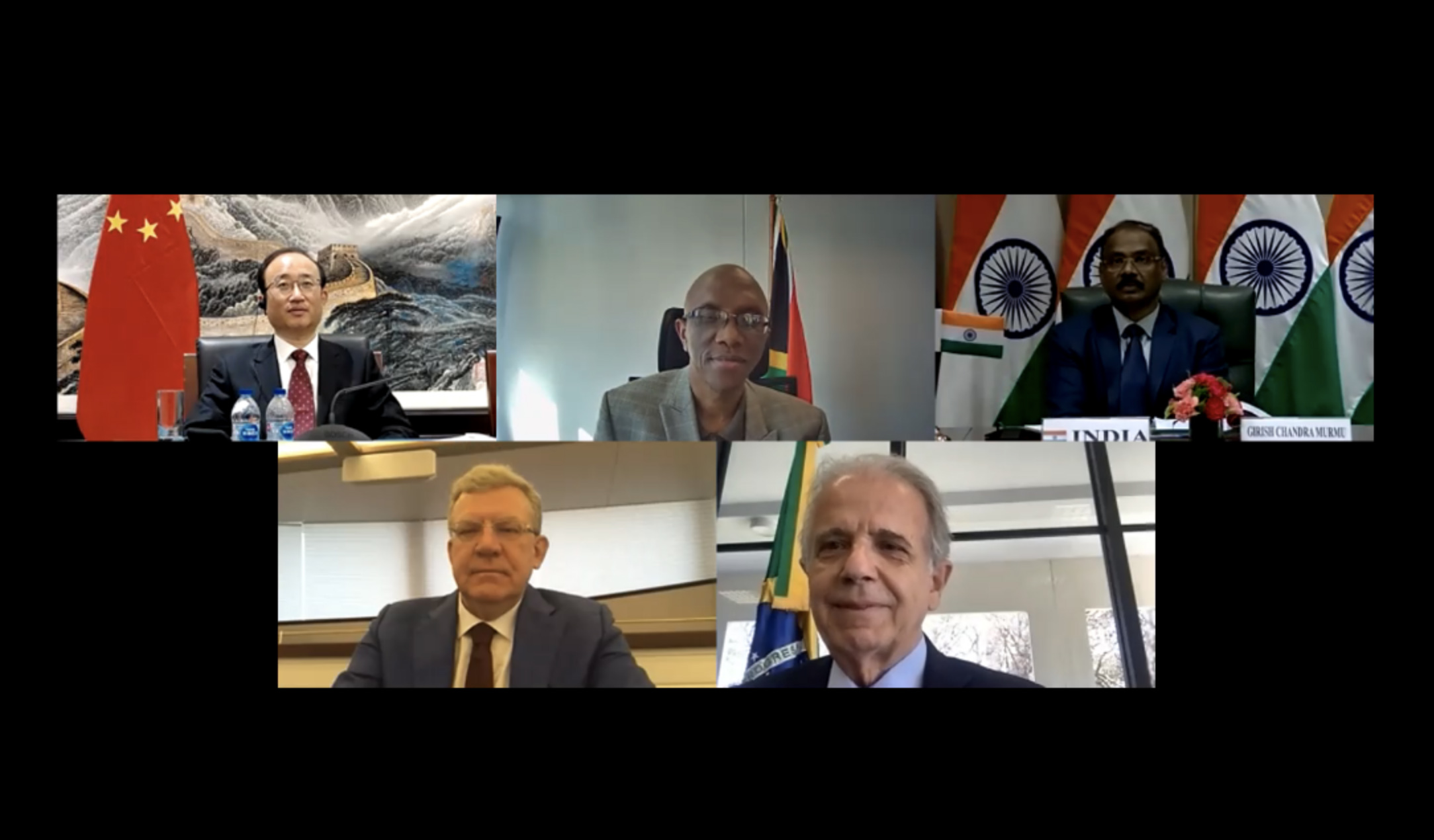 On 25th August, Mr. Alexei Kudrin, Chairman of the Accounts Chamber of the Russian Federation, hosted the 2nd Meeting of Heads of BRICS Supreme Audit Institutions (SAIs) via videoconference.

Participants discussed the specifics of operating during the pandemic and the role of the SAIs in overcoming its consequences. They also outlined the main areas of further cooperation.
“More than a third of the world’s forests are located on the territory of our countries. There are certain problems due to forest fires and subsequent slow recovery. It is necessary to assess the countries’ efforts in forest management. As for the problem of air quality, we could work on various aspects of auditing government clean air programs, both at the national level and at the level of major cities and regions. Of course, it is too early to talk about joint or simultaneous audits but we could already start making preparations,” Alexei Kudrin noted.

Transparency of the SAIs was another issue specifically covered at the meeting. The Chairman of the Russian SAI said that public transparency must become one of the key efficiency indicators for government institutions. He shared the results of government body transparency research conducted by the Accounts Chamber of the Russian Federation. “We looked at whether websites of government bodies are informative enough; how these government bodies respond to inquiries from public and media. We reviewed the operation of their public councils and their work regarding data processing. To obtain research results, we developed a methodology that was reviewed by top experts. The report has already been published and is now being translated into English. We could possibly conduct a similar analysis across all BRICS countries and thus demonstrate each state’s pursuit of higher transparency, which is an important task for the supreme audit institutions,” stressed the Chairman of the Accounts Chamber of the Russian Federation. At the end of the meeting a Declaration was adopted.