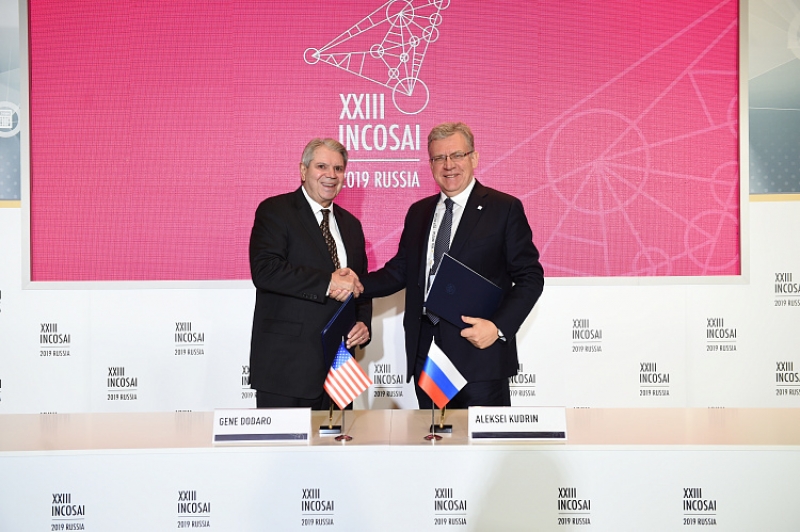 On the margins of the INTOSAI Congress (INCOSAI) XXIII, Russian and U.S. Supreme Audit Institutions (SAI) entered into the Memorandum of Understanding (MOU), which is an updated version of the Agreement of Cooperation they signed on November 7, 2007. The instrument is primarily intended at the creation of a knowledge and best practice exchange framework.

“Cooperation between the Supreme Audit Institutions of our countries is quite positive and of a professional nature despite the uneven story of the Russian-U.S. relationships,” Alexei Kudrin, Chairman of the Russian Accounts Chamber, said after the signing. “And the visit of the U.S. Government Accountability Office to Moscow in the coming months would be the next step. We will discuss strategic and social audits, information technologies, digitalization, and some environmental and staff training matters.”

The MOU also provides for joint and parallel audits by SAIs of the two countries, which will be further specified as a matter of routine.

“We have already had some experience in cooperating with each other. We’ve made a contribution to the Arctic Environmental Impact Assessment and now we have other issues on the table, including bilateral parallel audits, which would help us scrutinize government support practices in our countries to further compare our experiences,” the Chairman of the Russian Accounts Chamber said.