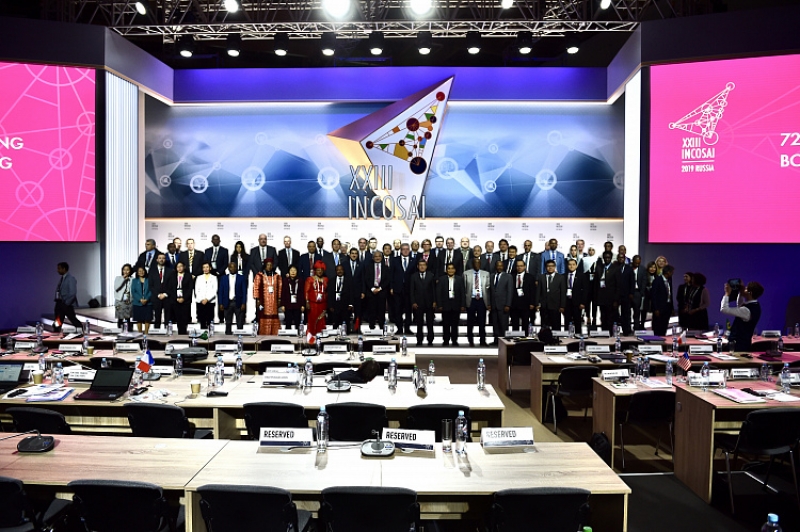 INCOSAI XXIII is going on, while open discussions about how INTOSAI should evolve were a major highlight of its second day.

“We try to make sure that the voice of every participant is heard. Our open discussions will work to put into practice the INTOSAI motto ‘Experientia Mutua Omnibus Prodest’ (Mutual Experience Benefits All),” said Alexei Kudrin, Chairman of the Russian Accounts Chamber.

The open discussions gathered small moderated groups of 10-12 participants to brainstorm around the most disturbing issues in the auditing community. The delegates discussed the role of SAIs in maintaining and strengthening of public trust and talked about what steps should be taken so that INTOSAI could be more efficient and proactive and supreme audit institutions could be even more relevant. The participants agreed that the independence and impartiality of SAIs was crucial in this respect.

The Memorandum of Understanding between the Russian Accounts Chamber and the U.S. Government Accountability Office (GAO) was another Tuesday's highlight. The parties thereby renewed the previously existing Agreement of Cooperation they signed on November 7, 2007. It is primarily intended at promoting audit cooperation and also provides for knowledge and best practices exchange alongside with joint and parallel audits by SAIs of the two countries. “We have already had some experience in cooperating with each other. We’ve made a contribution to the Arctic Environmental Impact Assessment and now we have other issues on the table, including bilateral parallel audits, which would help us scrutinize government support practices in our countries to further compare our experiences,” Alexei Kudrin said after the signing.

On Tuesday, Alexei Kudrin held bilateral meetings with his vis-à-vis from Korea, Cuba, Laos, and Bahrain.

The INTOSAI Governing Board concluded its work and took stock of the progress made by INTOSAI key committees and regional organizations (such as ASOSAI, ARABOSAI, AFROSAI, EUROSAI, etc.). Now we can finally say that INCOSAI preparations are completed and everyone is ready to begin substantive work, including the inauguration of the new INTOSAI President and the opening of the First General Plenary Session.